Integreat Helps Refugees to with First Steps in Germany 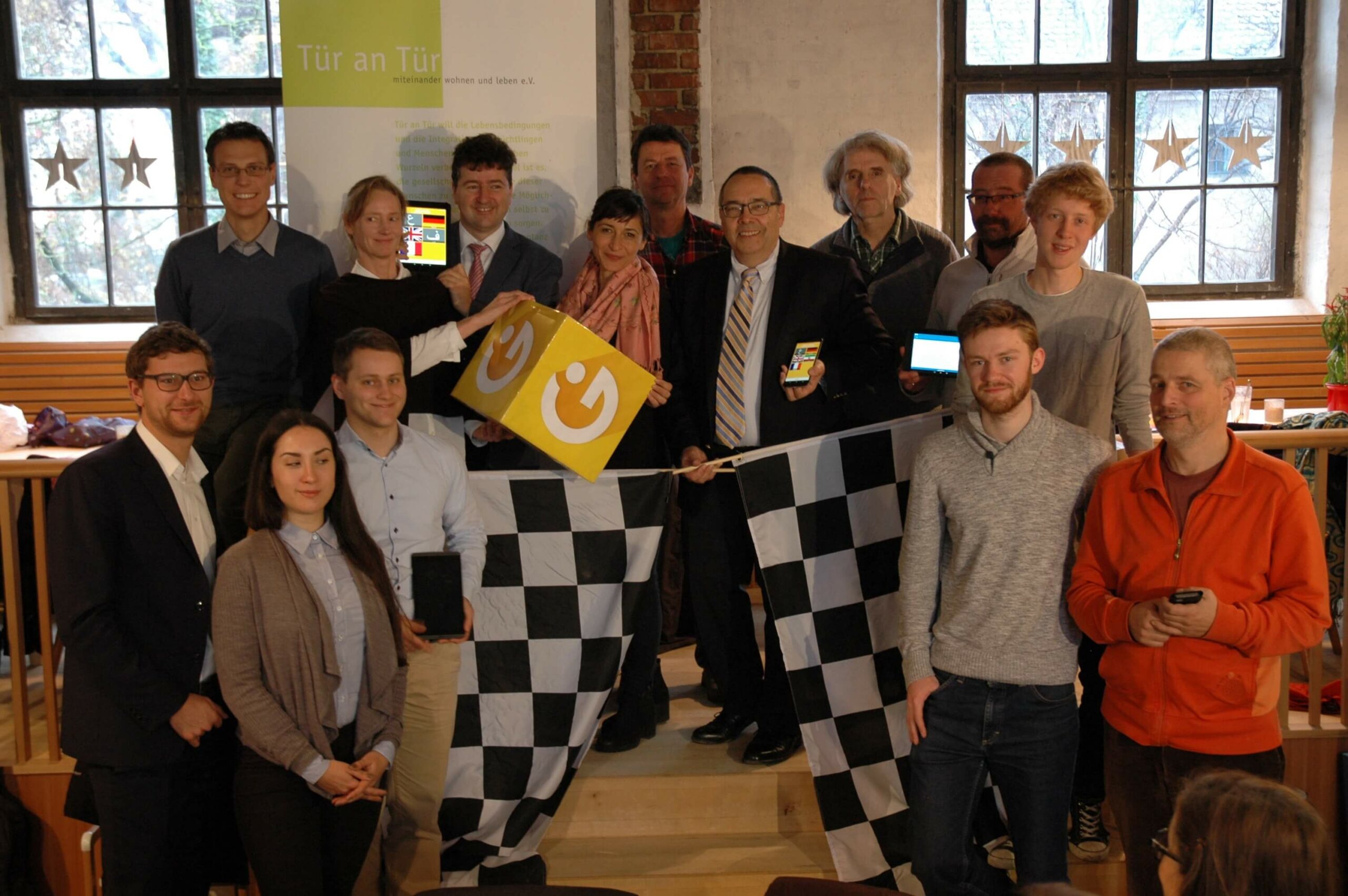 It should make it easier for refugees to start in Germany: the app Integreat. Augsburg is the first city to use the new portal to bundle all local activities and offers. On Thursday, 26 November, students from the Technical University of Munich and the University of Augsburg presented the free offer for local authorities at the starting signal in the rooms of the café Tür an Tür.

As early as 1999, the Association Tür an Tür published a brochure for refugees. But as soon as the work on the guide was finished, many details were already outdated. The student Daniel Kehne, who engages himself at Tür an TÜr, made Integreat possible: Together with Professor Dr. Helmut Krcmar, owner of the chair for Information Systems at TU Munich, with Tür an Tür, the social department of the city and about a dozen students he developed the App. The costs were largely borne by the Federal Ministry for Family Affairs, Senior Citizens, Women and Youth with its programme „Living Democracy!“ In the meantime, the first additional donations have been made.

Because money is urgently needed. The people involved are indeed involved on a voluntary basis. But further development and the marketing are connected with costs. In order to better coordinate the work, it is planned to establish a non-profit limited company, which is connected to Tür an Tür. Cities and administrative districts in Germany may use the app free of charge.

Dr. Stefan Kiefer, social consultant and 3rd mayor of the city of Augsburg, explained how urgently Integreat is needed: About a year ago there were about 1000 people living in state accommodations, but now there are already 3000 people „who have found shelter on their flight with us“. He made clear the problems they are struggling with in Augsburg: „We only have to imagine that we would be in Pakistan overnight – then we wouldn’t know many things either“.

This is where the app starts, say Martin Schrimpf and Daniel Kehne. „It bundles information from various institutions – in several languages, always up to date and also available when I don’t have a network.“ Only two clicks are necessary, for example, to print out a woman’s pregnancy consultations in Farsi.

An own homepage is not necessary, since 70 percent of the refugees use a simple Smartphone. So far Integreat for Android is available in the Google PlayStore. The IOS version for Apple will follow shortly; it is especially necessary for the German helpers with iPhones. The core development team from the Software Engineering degree course is focusing on rapid prototyping in the background. „This is especially necessary for the coordination with the target groups. Our biggest advantage over similar solutions is that we already have presentable and above all functioning technology,“ says Daniel Langerenken.

Prof. Helmut Krcmar described Integreat as a matter close to his heart. As chairman of the National E-Government Centre in Berlin, he is very interested in ensuring that the app is used by municipalities and administrative districts throughout Germany. „We would like to promote the commitment, so that at the end a lasting solution stands, from which refugees profit durably.

Thomas Körner-Wilsdorf from Tür an Tür agrees: „This will be a great success story. I am sure that Integreat will gain a foothold – in Bavaria as well as in Germany as a whole“. Prof. Krcmar referred to the Integreat logo: Not for nothing it is a big G, he said. G like Germany.