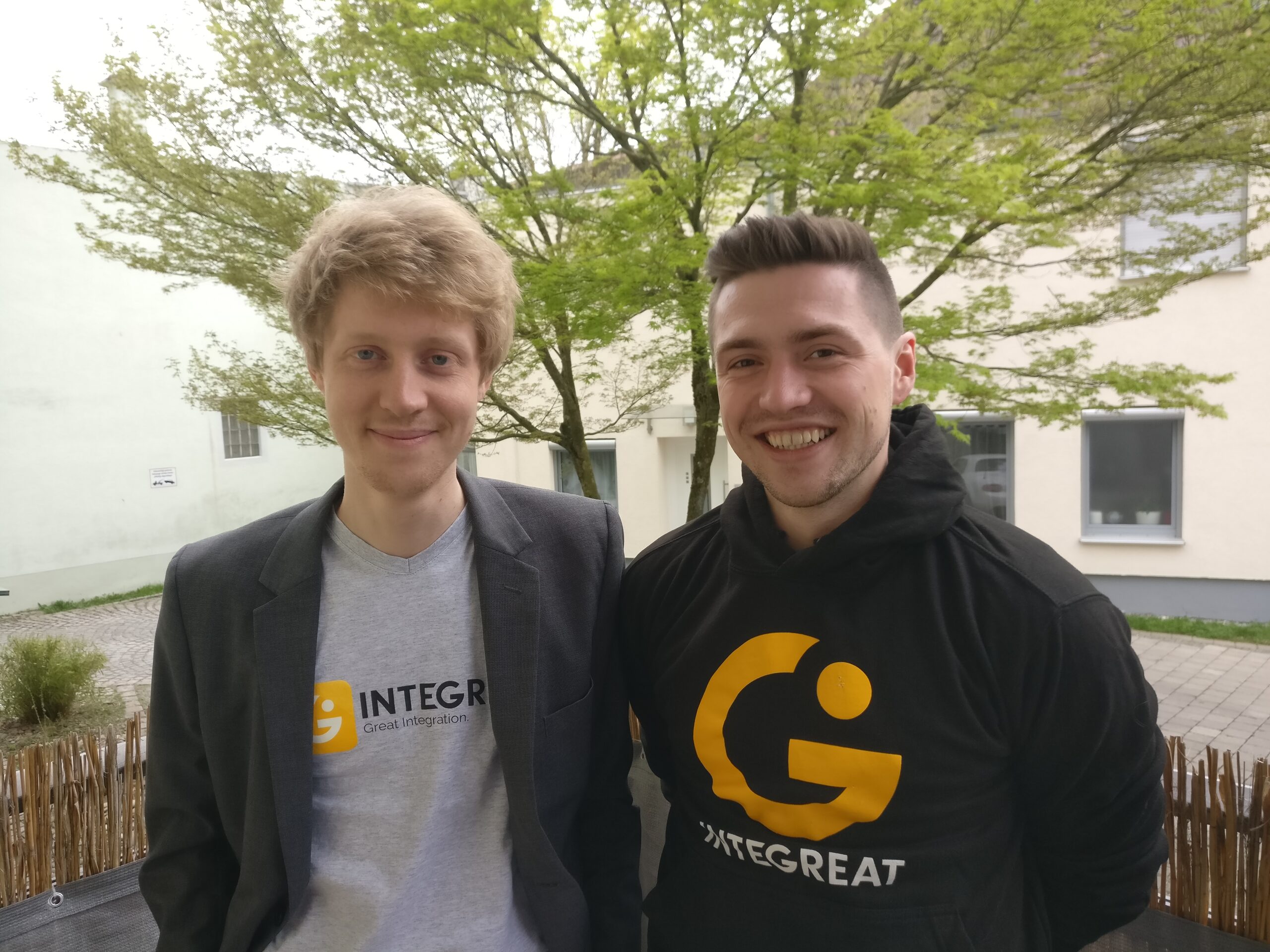 “Then let’s think together how we can solve the problem,” said a city representative from Augsburg, whom we met by chance at the May 1 rally in 2015. That an app, a brand and a social enterprise could emerge from this meeting three years later was utopia for us at the time and not in the minds of any of us. The aim at the time was to publish a new brochure from 1997 in order to create a local everyday guide for newly arrived people which took on a more concrete form month after month. At the latest when the TU Munich and the mayor of the city of Augsburg stood behind us and believed in the concept, it was more than just a project. With local funds, donations and lots of volunteer time, we were able to found our own social organization behind Integreat in mid-2016. The goals: To support the local integration work digitally, to improve the use of resources and not to lose independence. “Building digital bridges” is now the motto of our organizational philosophy.

Transparency is the trump card

Just as honorary commitment, which has accompanied us to this day, transparency is also a correspondingly important factor. We rely on external auditability not only for the software we develop and which is open source (github.com/Integreat), but also for all business processes. Every year we publish a report on the effectiveness of our resources and activities. This year’s turnover is around € 120,000, of which € 90,000 goes to staff. What is a single full-time job elsewhere is distributed among 7 people.
Off to the north.

Off to the north

On May 4, 2018, we received the news that we were among the finalists of the Google.org Impact Challenge and would thus receive at least €250,000 in prize money. A lot of money that doesn’t completely outshine our annual turnover, but opens up a lot of new potential. What do we intend to do with the prize money? Above all, we want to invest it sustainably and transparently – and in impact! In concrete terms, this means that we can and will look towards the cities and districts that deal with Integreat and need support in intercultural communication even more closely. While the Integreat team is currently mainly in the Berlin and Augsburg area, enquiries from northern and western Germany are on the rise. The exchange on site is difficult, joint meetings and workshops are a burden of more than one working day for us and our volunteers. A structural expansion to the north and west should contribute to the fact that we in Germany network and care thoughts already earlier than we could have got it with own conversions further spinned.

Integration does not just happen through digitalisation

Another aspect relates directly to integration in local communities. Integration does not happen digitally and the Integreat app is certainly not the solution to all problems, but it is a means to an end and a driver for collaboration and communication. When the Integreat app is implemented in a community, it is more than just server operation and user management. Our team of 35 people supports you with workshops before and after the introduction. It prepares marketing, trains impact aspects and ensures that not only the newcomers have something to gain from the project, but also that the topic of digitisation is perceived as a positive undertaking and opportunity for all those involved. Workshops and support cost time, know-how and above all personnel. The opportunity that Google.org offers us here will ensure that the analogue “surrounding” of the app can be professionalised and strengthened. Integration only works in the interaction of digital and analog world.

Last but not least, the internal organisation will grow. A technical project manager will strengthen the team to keep track of future development priorities, functions and schedules for the developers. What was initially thought through by everyone in 1-10 municipalities is now, with 40 partner municipalities, its own personnel position. The developments will be accelerated again and Integreat can adapt to the needs of the target group much quicker. This not only has an effect on our organisation, but also brings society closer together again.