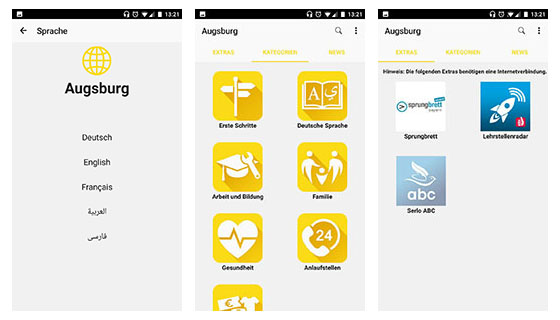 For almost a whole year we worked on the new version. This week it finally happened: The biggest update since the Integreat recordings started will find its way into the App- and PlayStores. Besides a visual redesign based on research work and user feedback, the internship exchange of sprungbrett into work (only in Bavaria) and the apprenticeship radar of the Handwerskammer, as well as Serlo-ABC (both nationwide) will be implemented. The cities and districts themselves decide which features are available in their respective region – so that Integreat can integrate seamlessly into the integration work on site. More features will be available at the end of May – be curious!