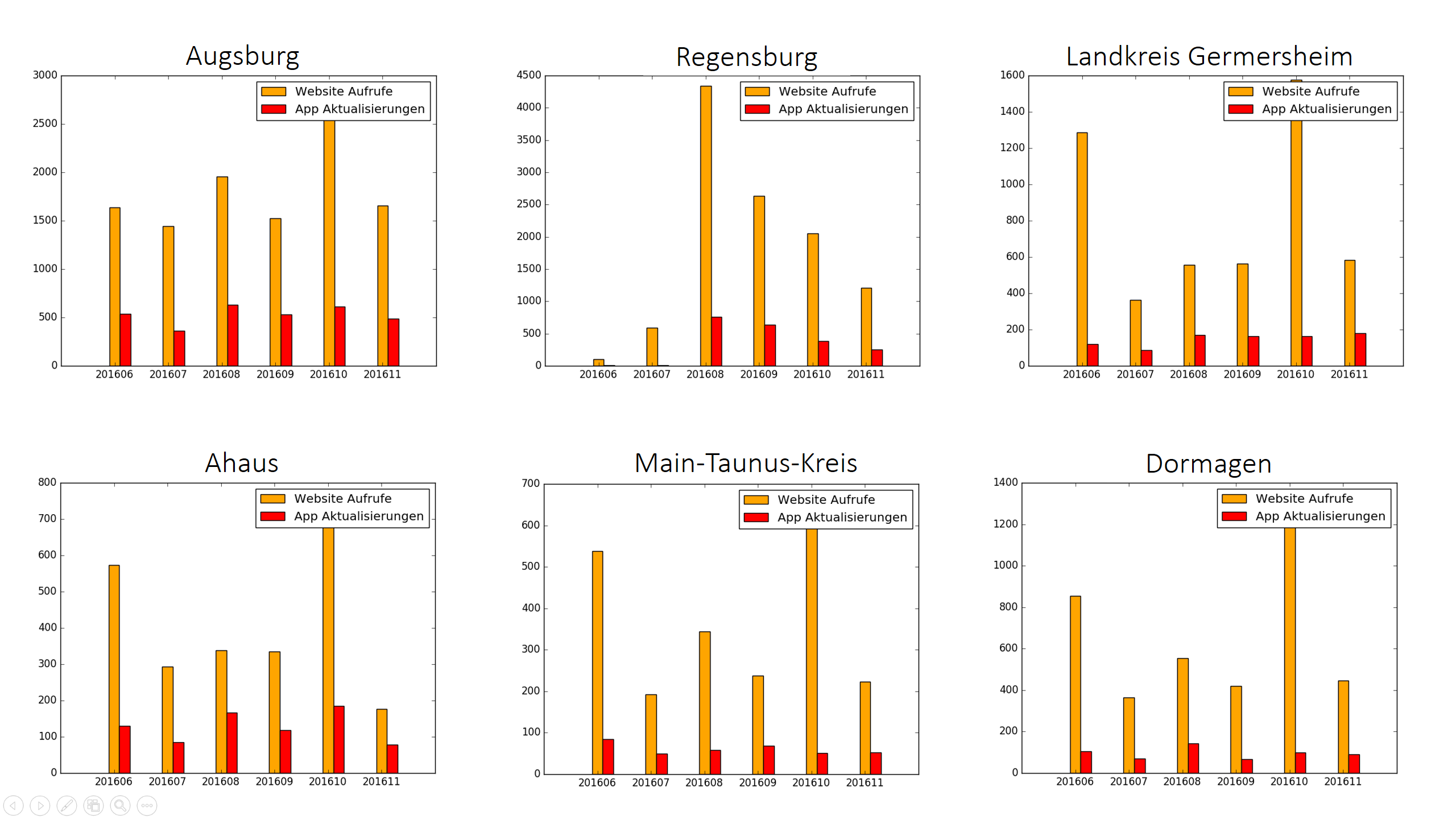 12 months had passed in November 2016, after Integreat was launched in Augsburg. Eight municipalities and districts already used Integreat as an information tool for people with an escape or migration background – meanwhile there are already 17!

It turns out that the combination of a mobile smartphone app, a website optimized for mobile devices and the possibility to print the content is the right formula for success. Integreat access numbers to smartphone apps and web apps speak for themselves. Integreat arrives at the users!