The spin-off has been decided. Integreat gets its own legal form. The previous owner, Tür an Tür e.V., unanimously decided at last week’s general meeting to found its own non-profit limited liability company. “The flexibility and possibility to offer better services for the cities and districts was decisive”, says Daniel Kehne, designated managing director of […]

END_OF_DOCUMENT_TOKEN_TO_BE_REPLACED 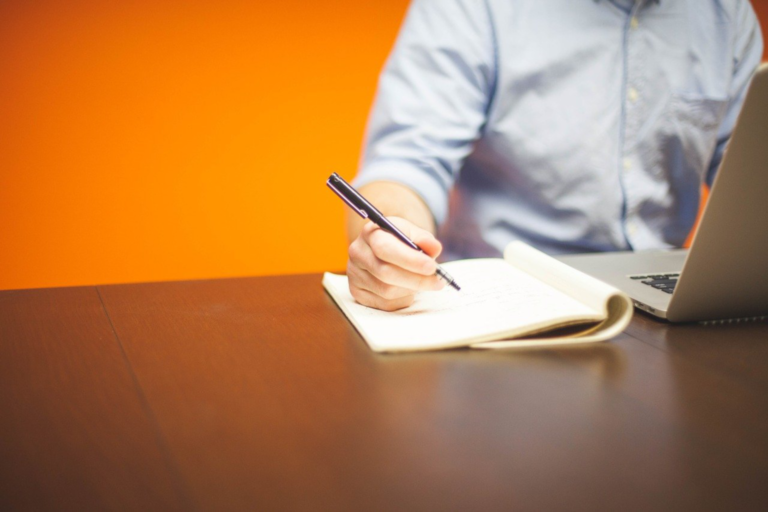 The continuous improvement process and user feedback are among the most important components in software development. At this point we would like to present a project within Integreat, which asks the intercultural users of the app about design topics (from layout to icon choice). The project was designed and implemented by Sebastian Siepe as part […]

END_OF_DOCUMENT_TOKEN_TO_BE_REPLACED 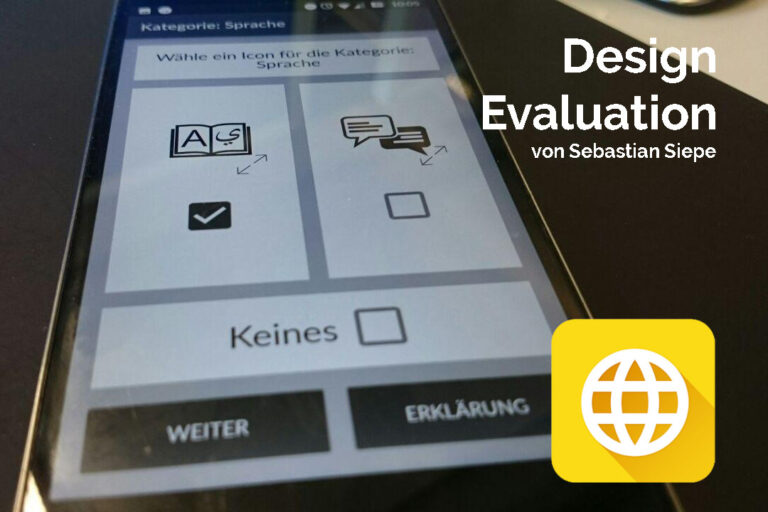 Successful at the GENERATION-D Start-up Competition

“Fully convinced” is the jury’s conclusion of the nationwide ideas and start-up competition GENERATION-D. With our Social Business Model, the idea and vision, we are proud to create a visible social added value and are pleased about the confirmation of our previous work. Thus Integreat not only receives further start-up financing, but also professional support […]

END_OF_DOCUMENT_TOKEN_TO_BE_REPLACED 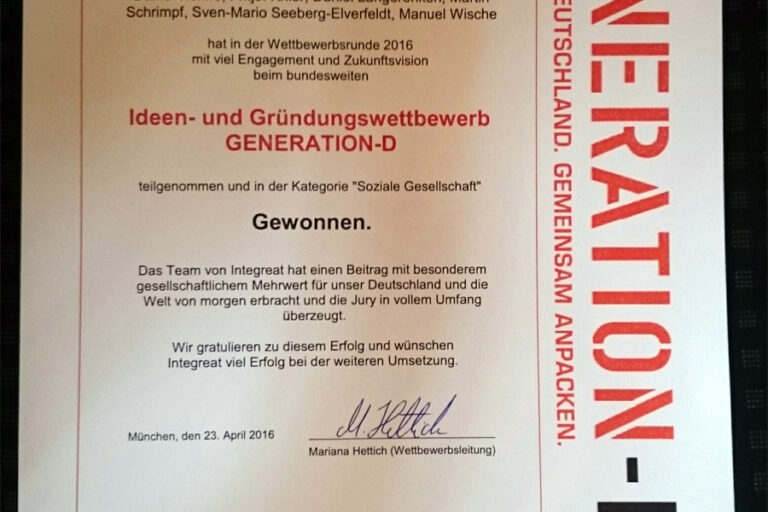 “Our office” – The Café Tür an Tür

Every Wednesday we are also physically reachable: We have established our “temporary office” in the café “Tür an Tür” in Augsburg. The Café is an international place for friends of good coffee and a relaxed atmosphere. In addition to a weekly changing vegan menu, German tutoring and cultural programs take place regularly in the café. […]

END_OF_DOCUMENT_TOKEN_TO_BE_REPLACED 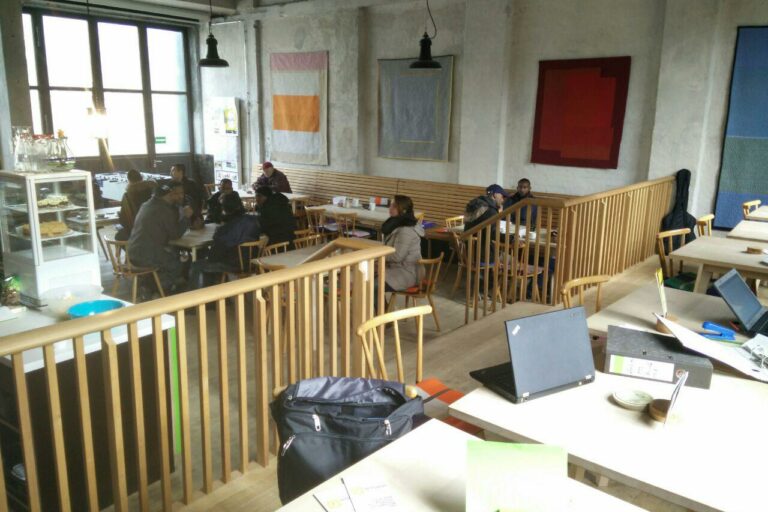 Usability, a district concept and the job market are only some of the topics of the Integreat developer conference currently taking place. For two days we will discuss and develop strategy, concept and timetable for the coming weeks and months with our team of about 20 developers. We are sure: Even if no refugees would […]

END_OF_DOCUMENT_TOKEN_TO_BE_REPLACED 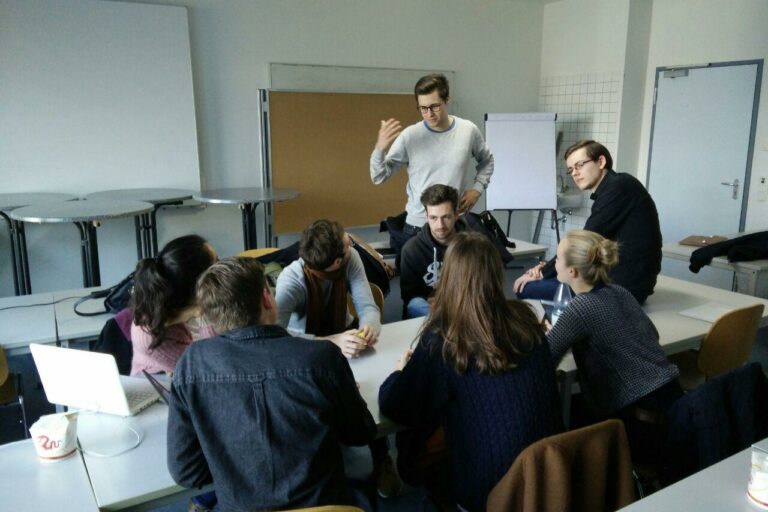